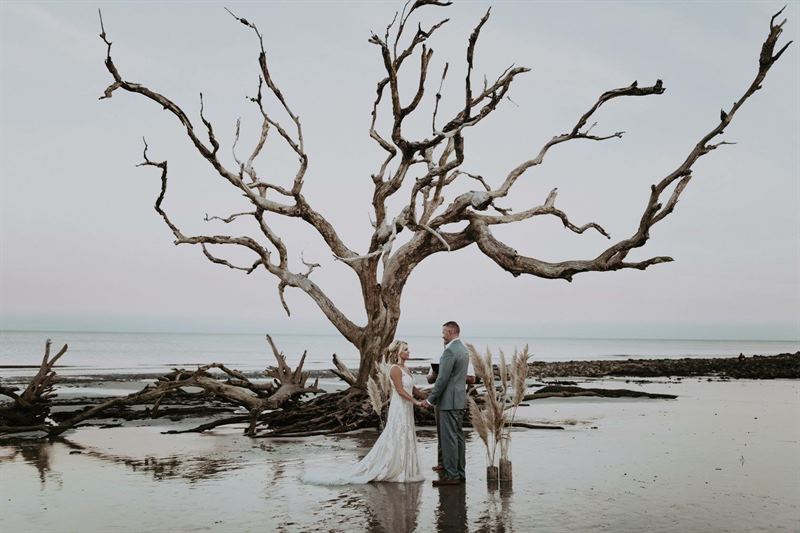 Bride and groom, Gretta and Nick, wanted to find a wedding location that neither had ever explored before. Choosing somewhere that felt like a "destination" but that was also a location they could easily drive to from the place they called home - North Carolina. Gretta says, "We literally got out a map and looked up and down the east coast for neat towns we had never been." This is what led them to the unique and beautiful Jekyll Island.

They planned for their intimate elopment at Driftwood Beach to occur during the Fall - October 10th - a beautiful time of year on east coast beaches, but sometimes unpredictable with hurricane season. As it turned out, Hurricane Michael was out at sea brewing and would soon be heading right toward the US east coast. As it got closer to their wedding day, the hurricane was predicted to hit the coast the exact day of their intimate ceremony! 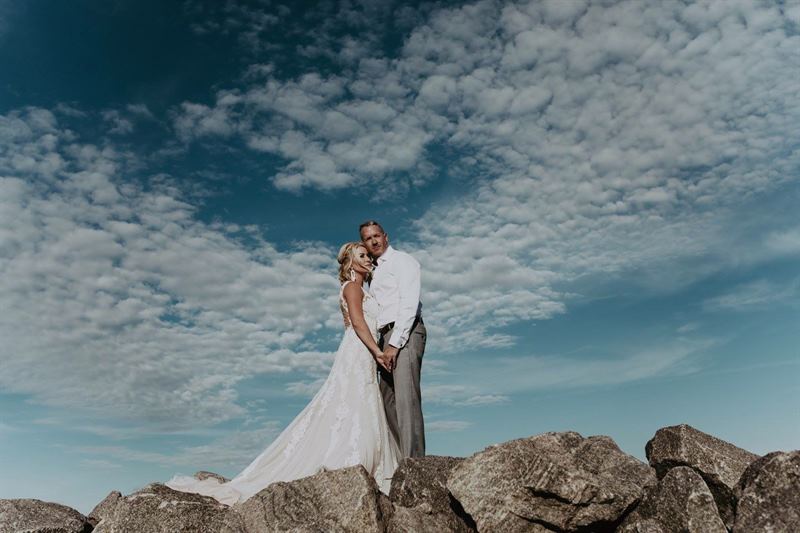 Says bride and #girlboss leader Gretta, " A huge advantage to having no guests? It was no big deal just to move it to the next day!" We love her attitude!

Gretta, who hosts #GirlBoss networking events and runs Skin Raleigh MedSpa in Raleigh, North Carolina, is very passionate about helping women find the courage to live their lives with the adventurous spirit that that she embodies. She is a prominent leader in the field of plastic surgery and MedSpa aesthetics.

Of course, we had to ask about her top choices for skincare treatments and medspa aesthetics! Gretta says her favorite skincare treatments which she had a few days prior to her wedding day were dermaplanning and a hydrafacial for super smooth and glowing skin. Additionally, she had a light Botox treatment four weeks prior. To find out more and learn about medspa aesthetics that Skin Raleigh MedSpa offers, check them out here.

The Calm After the Storm 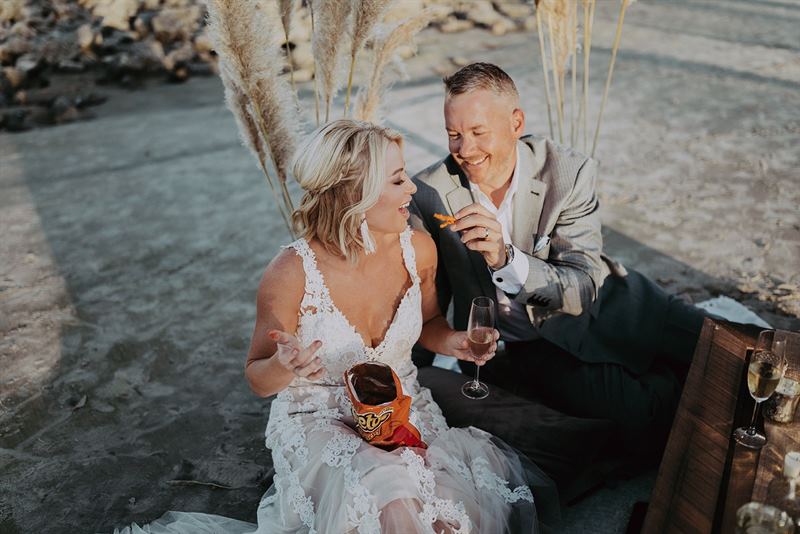 The couple wanted a calm and connected day, which is why they chose for their wedding day to be between just the two of them. Literally, it turned out to be the calm after the storm - and the photographs turned out to be both absolutely stunning and unique. The couple shared a fun champagne picnic on the beach before their ceremony.  They danced, laughed and ate Cheetos - It was absolutely what they envisioned and was so perfect! Gretta says, "It was THE BEST!" 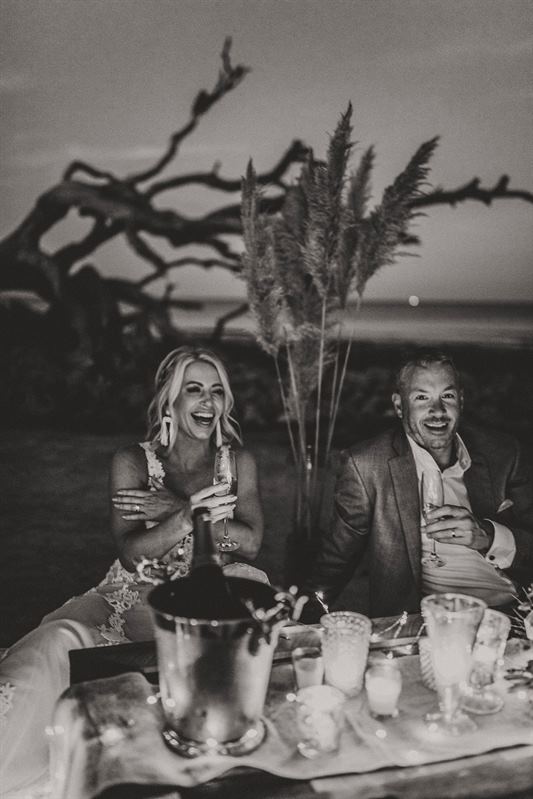 We are so happy for them! Congratulations Nick and Gretta! 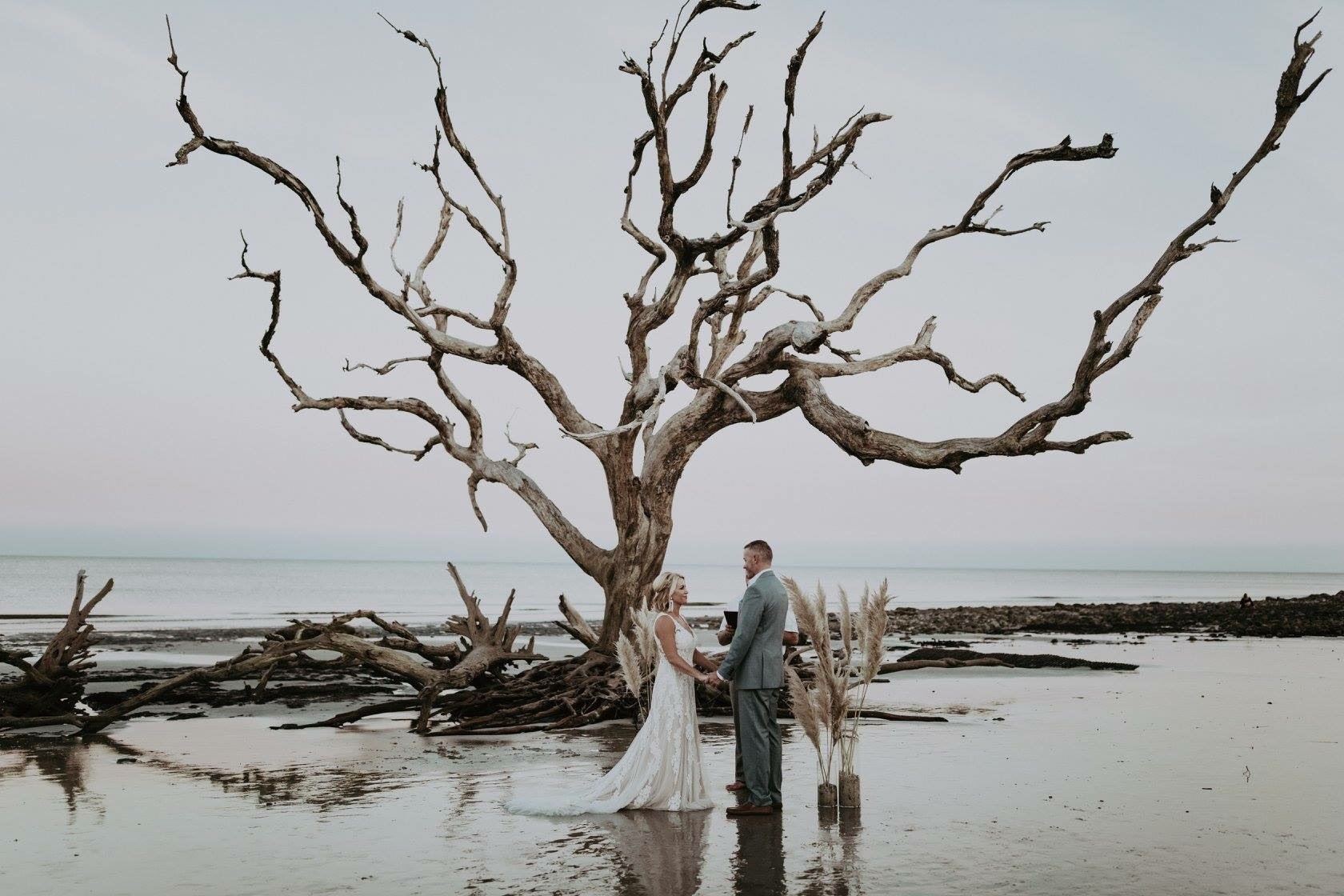 The Virtual Reality option has revolutionized the way I showcase my venue to couples! Amazing product! - Daniel

The WCWV team is kind and easy to work with! They made listing my business so simple! - Courtney

Attended a private event with The Little One-Aruba. So, so cute! - Scarlett

Thank you WCWV for promoting all these wonderful venues and vendors! - Polly

WCWV would like to credit all trademarks, images, photographs, and copy to their respective venues, vendors and their associates.
All content, description, and pictures remains the property of the venues and vendors displayed on the website directory.
All Virtual Tours courtesy of Virtual Inspections.